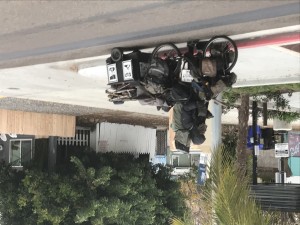 Tow Truck Companies in Mission Valley have changed a lot in the past 25 years. With the introduction of several new towing companies in around year 2000, many of the existing companies decided enough was enough, there were several. The new towing companies were largely employing immigrants from their homelands where their parents and family paid into part ownership of the towing company. I suspect the employees that are new to this country and their families that invested in one of a few Mission Valley towing companies, were the victims. People desperate to immigrate to this country think they can buy a job in the United States to further their immigration. Once here, they are put to work for the lowest wages and overworked. The new employee has spent much of his money buying into this job and now has become a type of slave to his new towing company employer. More common than you think. Soon, the business owner is making a lot of money hiring his employees and getting cheap labor that’s dependent on their immigration. The owner has the incentive to constantly sell part ownership in his company to enlist as much funds as he can.

Some of the towing companies of the past were all using trailers behind a pickup. These trailer operations were plaqued with accidents and at some point the California Highway patrol band the use of these trailers towing cars on the freeway. RPM welding near the 32nd street base was the place that built many of these trailers. This shop was one of the best welding shops we had. These trailer towing operations are few and far between.

The tow truck companies in San Diego in the past largely used the sling truck. The tow truck of choice for the repossession driver in the past. Cars were built to be towed with a sling truck. Before the eighties, people rarely flatbedded cars. The wheel lift hadn’t been invented yet.

The rules on impounding cars changed. In the past, the towing company had to be withing five moiles of the car to legally do a private property impound. They could stretch it further if they could show they were the closest. Somehow, these rules fostered two major towing companies that impounded cars. In the past these tow truck companies in San Diego would pay off a lot of people to secure their impounds and when they weren’t impounding cars, they were paying off the mechanic for their referrals. I remember the lucky eleven right off. Security guards received substantial monies and/or benefits for their signatures on impound requests. These payoffs still exist today, but, never the scale of the past.

The tow truck companies in Mission Valley are still trying to help stranded motorists just like the past. Cleaning up accident scenes like the past, unlocking cars or car lockouts, jump starts, off road recovery, flatbed towing, just like the past. The objective is the same. The equipment has modernized.